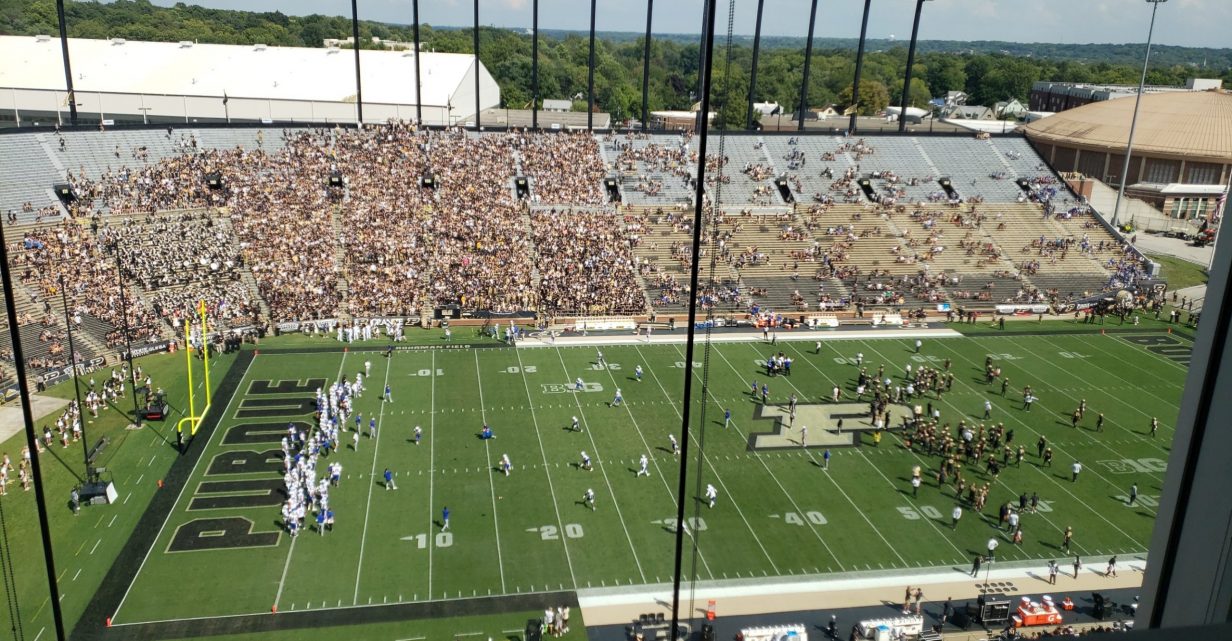 Purdue won the game with a score of 56-0

Allen picked off an Indiana State pass and took it to pay dirt for a 65-yard touchdown.

Quarterback Aidan O’Connell was efficient in his one half of action with four touchdowns and 211 yards on 17-of-19 passing. Charlie Jones added to his early haul as a Boilermaker with his second straight 100-yard receiving game. The Deerfield, Ill., native snagged nine passes for 133 yards and three touchdowns.

Red-shirt freshman Devin Mockobee led the rushing attack with 78 yards on 13 touches with one score. Dylan Downing added 55 yards from 11 rushes. Purdue topped 200 yards rushing for the first time since Oct. 13, 2018, in a win over Illinois. (stats from Purduesports.com)

Indiana State had no sacks while Purdue had 4.

Even though Indiana State lost, everyone still has lots of respect for the young men they lost.

Overall the game was a fun one to watch and even my parents enjoyed the game.