Purdue vs. TCU: A Night to Forget 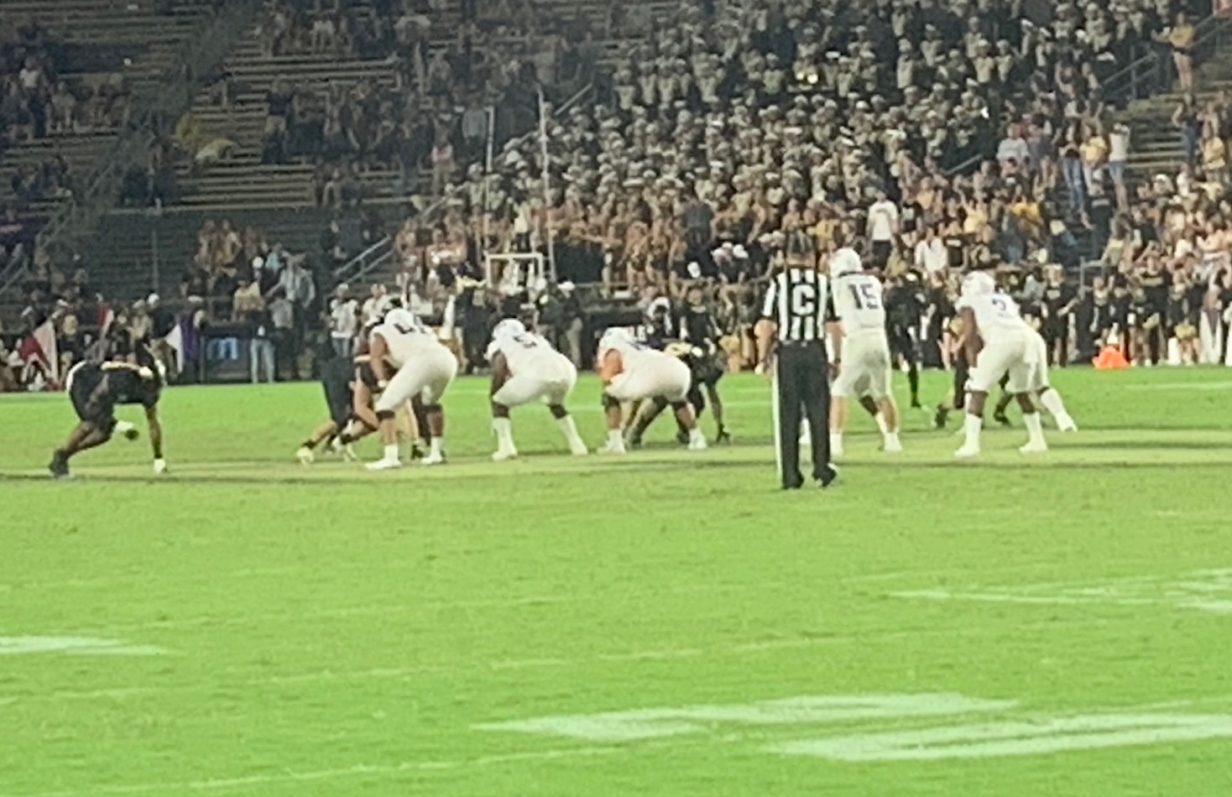 Purdue vs. TCU: A Night to Forget

Purdue’s first prime-time night game of the season was a night to forget for Boilermaker fans. It was a night of complete mismatches at the line of scrimmage, leading TCU to a mass differential in rushing yards, 346 to 23.  The senior running back tandem of Darius Anderson and Sewo Olonilua ran free, especially in the second half. Anderson finished with 179 yards and 2 touchdowns, while Olonilua had 106 yards and a score.

Perhaps it was a bad omen at the beginning of the week when senior defensive leader, Markus Bailey, was declared out for the season after suffering a major knee injury in Tuesday’s practice. The bad omens continued when quarterback Elijah Sindelar, who was in concussion protocol, was not cleared to play before kickoff, leaving redshirt freshman, Jack Plummer, to make his first career start. Plummer most certainly played like a freshman, going 13-29 for 181 yards, 2 interceptions and a late garbage-time touchdown. The Purdue offense never found a rhythm all night, completing only two first downs in the entire first half. Star receivers Rondale Moore and David Bell were complete non-factors, totalling an inexplicable five touches combined for only 24 yards. The entire night of offense seemed like a flashback to the Darrell Hazell days.

The only positive that the Boilermakers might be able to salvage out of this disastrous game is that they have a bye next week. The Boilermakers will now have two weeks to learn from their mistakes and allow Elijah Sindelar two more weeks to recover from his concussion before facing Minnesota September 28.

In this game, Purdue had no resemblance of the high-powered offense it had shown to be this season and last. The performance was hard to explain even with a new quarterback at the helm. It will be interesting to see how the team responds to such a blowout. Will they get a rejuvenated Sindelar back and pick up where they left off versus Vanderbilt a week ago? Or was tonight a premonition of darker days ahead with a young team lacking leadership? Only time will tell, and these next few weeks should tell the direction the rest of season.