Player of the week – week 4 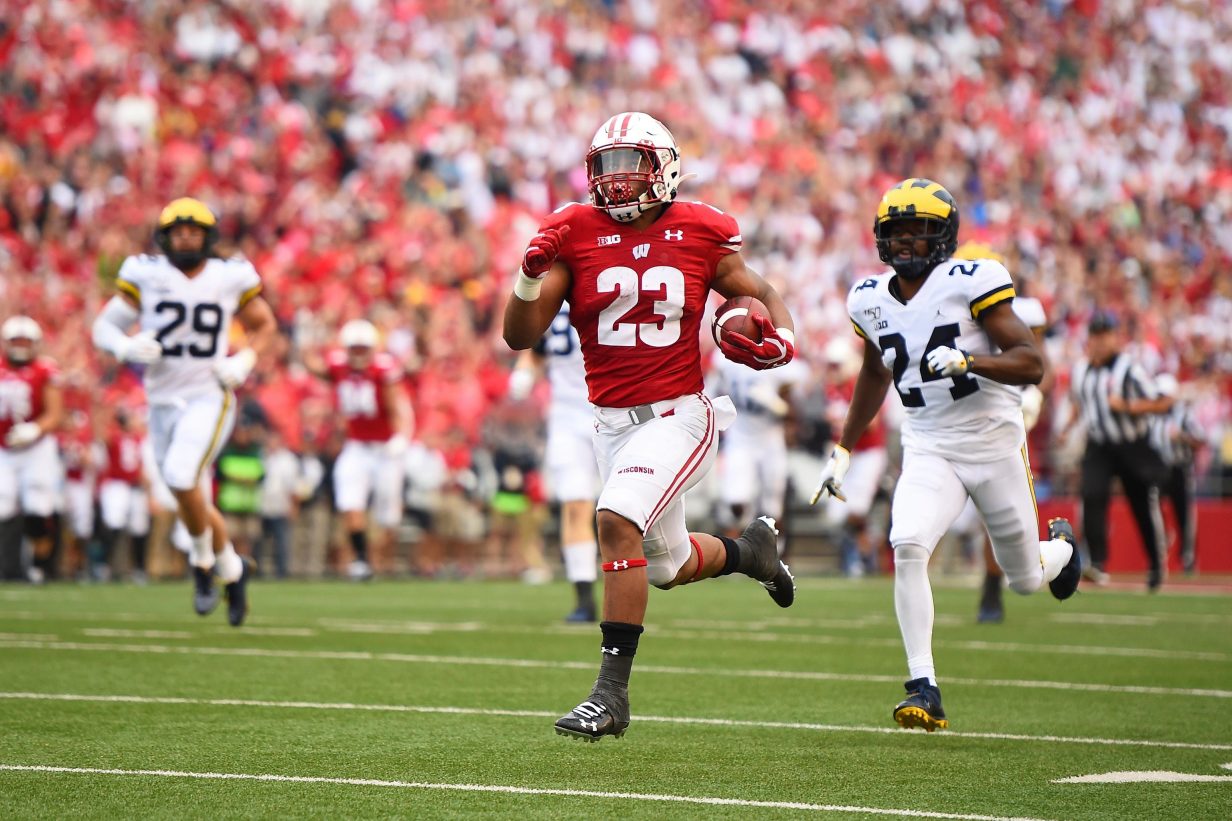 Player of the week – week 4

The true All-American running back from Wisconsin, Jonathan Taylor made our player of the week for week five. He is an all around outstanding player and can win the Heisman if he keeps up this pace. Jonathan and his tough 3-0 team beat the Michigan Wolverines 35-14. The Badgers ran 57 times averaging six yards a carry, and added to their nation leading TOP (time of possession) by keeping the ball for 41 minutes and ran all over Michigan on Saturday. Taylor rushed for 200+ yards and two touchdowns. Taylor’s performance helped Wisconsin’s quarterback Jack Coan in continuing Wisconsin’s winning ways by allowing him to only throw the ball 16 times and having no turnovers. Taylor led the Badgers to a butt kicking win in surprising against the 11th ranked Michigan Wolverines.