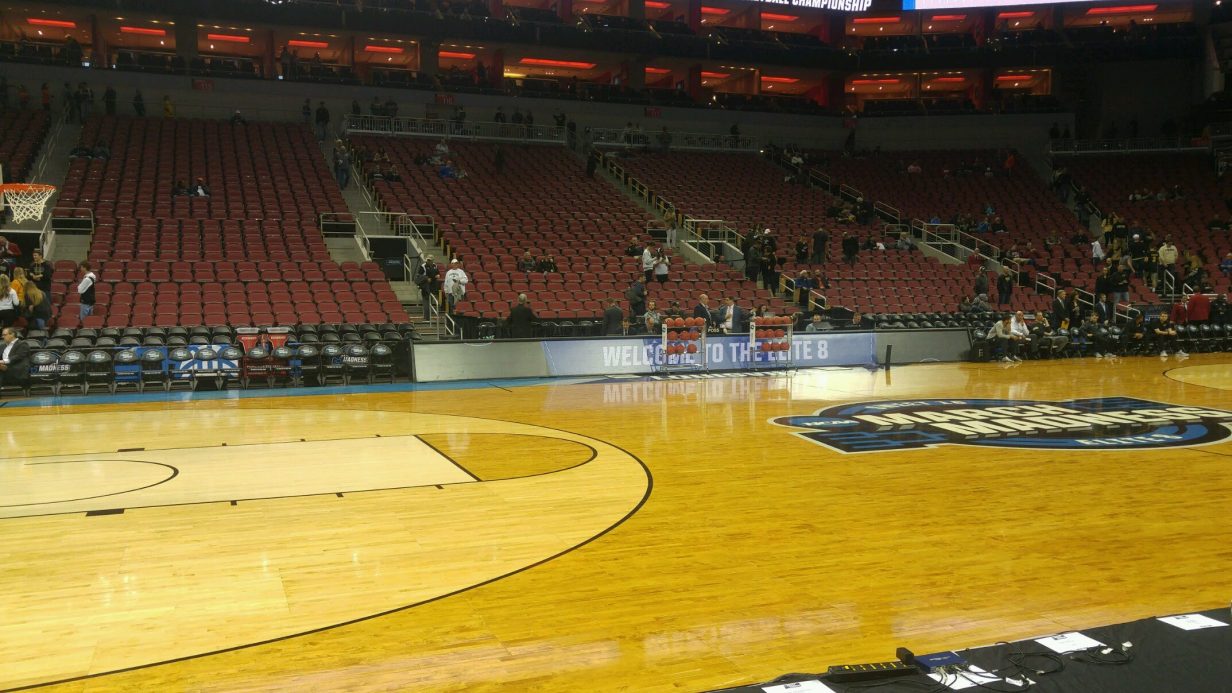 The NCAA South Regional in Louisville, KY ended as an historical thriller. Three nail-bitingingly close games, two of which ended in overtime, a buzzer-tying shot, and possibly the greatest individual NCAA tournament performance of all-time by Carsen Edwards. Fans who were fortunate to witness this regional got their money’s worth and then some.

I’ll start with the opening game, Purdue vs. Tennessee, in which Purdue’s strong opening half and 18-point lead with 16 minutes left in regulation quickly fizzled into a 3-point deficit in a matter of just over 10 minutes. This was the game of Ryan Cline’s life in which he put Purdue on his shoulders and willed his team to victory hitting clutch three after clutch 3 when it counted most, even amidst Tennessee’s furious comeback. In the end though, it was Carsen Edwards who kept Purdue dancing. Down three in the closing seconds, Edwards took over, drawing a crucial foul from behind the arc. After missing the first free throw, Edwards showed his true grit by hitting the final two “make’m both or go home” free throws. Those free throws put the game into overtime, and Purdue was unstoppable the rest of the way and moved onto the Elite 8 with a 99-94 gut-wrenching victory.

Fans next got to see a low-scoring, yet very competitive game between the 12-seed Oregon Ducks versus the 1-seed Virginia Cavaliers.  Virginia was able to survive a season-low shooting percentage (36%) and 8 lead changes by squeezing out a 53-49 scrappy win. This set up Virginia for what was to be the best game of the entire tournament so far.

In Saturday’s regional final, both Virginia and Purdue fans got to witness history and an utter emotional rollercoaster. Unlike the Tennessee-Purdue game in which the arena was fairly split between fans, there was no doubt that the KFC Yum Center had turned black and gold. The Yum Center might have been well named “Mackey Arena South” for the evening. Purdue fans made the arena deafening at times and the energy in the building was palpable. This energy helped spark a performance by Carsen Edwards that will go down in history as one of the most legendary NCAA tourney games of all-time. Against arguably the toughest defense in the nation, Edwards matched his career high of 42 points which he had just previously set against defending champion Villanova in the tournament’s second round. With the rest of the Purdue squad struggling, Edwards put the team on his back and hit a whopping 10 three-pointers in the game.  Edwards’ became just the fourth player in NCAA tournament history to drill double-digit threes in a single game tournament game. He also set a NCAA record for most three-pointers in a single tournament with a mind-blowing 28 threes in just four games. The previous record of 27 threes was from Michigan’s Glen Rice who did it over a course of six games in 1989.

With this remarkable performance for the ages, it still somehow wasn’t enough to earn Purdue it’s first trip to the Final Four in 39 years, but it was oh, so close. After Ryan Cline missed a second free throw that would have put Purdue up four with 17 seconds left, Purdue intentionally fouled Ty Jerome with 5.9 seconds left. Jerome made the first free throw, cutting the lead to two. He then unintentionally missed the second, and the ball was slapped across court clear to Purdue’s 3-point line. Somehow though, Kihie Clark was able to grab the ball with 3 seconds left and launch it back across the court to Mamadi Diakite who caught and shot a 10 foot jumper at the buzzer to put the game into overtime. The overtime culminated in Carsen Edwards missing a go-ahead three with 7 seconds left, followed by a devastating turnover that prevented Purdue from getting off a last second attempt to tie the game at the buzzer. Purdue fans and players were emotionally drained afterwards with many tears shed throughout the Yum Center.

The overall experience in the South Regional games was remarkable. In tournament filled with several lopsided games, those who got to witness these games in Louisville were treated to something special. The only thing better for Purdue players and fans would have been that elusive trip to the Final Four. Despite it being on the tips of their fingers at the end, Purdue should hold their heads up high for their achievement. It was a special season and one for which they should be proud.