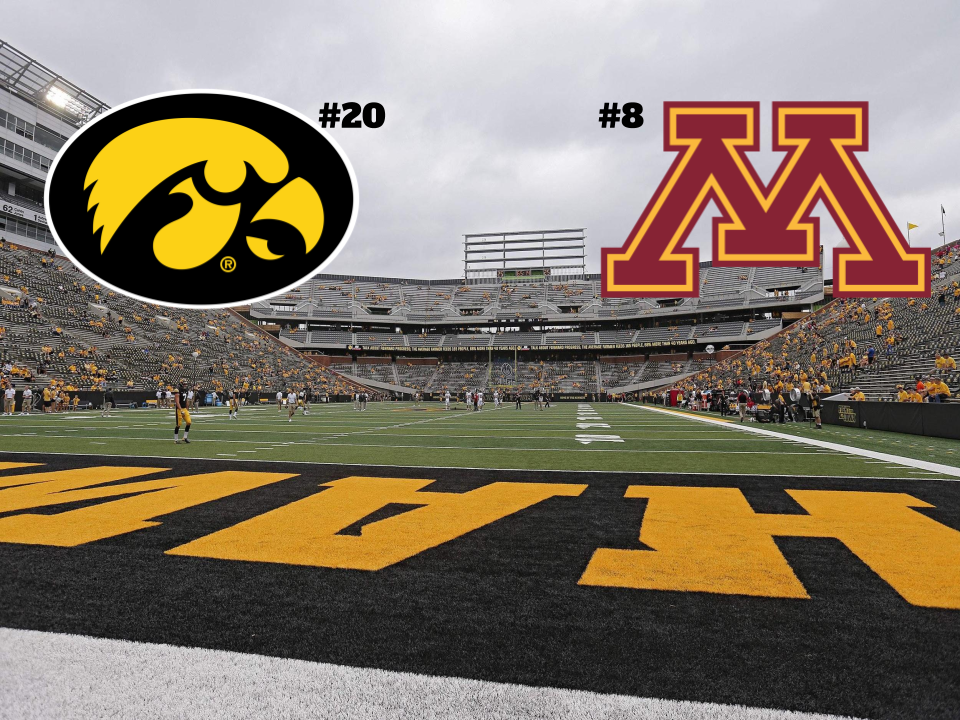 Last week, we saw LSU triumph in a road win over Alabama. Last week, we also saw the national spotlight intensify on the SEC, as the biggest question for the rest of the season is whether that juggernaut of a conference can still get two teams into the CFP. However, what got largely overlooked last week was Minnesota. Undefeated Minnesota proved that they’re more than just a good team with an easy schedule; they took down #4 Penn State, moving up to #8 in the CFP rankings with just three weeks left in the regular season. This week, they travel to #20 Iowa to try to further boost their resume.

After a rocky start, Minnesota’s defense has straightened up and allowed its offense to gain national prominence for the team. This defensive boost was much needed, as the team allowed a combined 67 points to Fresno State and Georgia Southern. While the improved defense is a result of many factors, such as more quarterback pressure, sophomore cornerback Antoine Winfield Jr. has stepped up and helped this defense. Winfield Jr. has accrued five interceptions in the past three games, with two of those coming in that huge win against Penn State. Minnesota’s main method of victory, though, has come from the connection between QB Tanner Morgan and WR Rashod Bateman, the latter of which leads the Big 10 in receiving yards. If the Morgan-Bateman duo gets rolling on Saturday, Iowa is going to have a tough time slowing it down.

Iowa is arguably the best 3-loss team in the country. After starting out strong, they have lost three very close, very competitive games against the best teams in the conference. Their defense has been a beacon all year; after all, their 11.7 points per game is the fourth-best in the nation. However, after graduating two first-round NFL tight ends, their offense has struggled, producing a measly 24.1 points per game. These offensive woes have dragged Iowa down all year, especially when their three losses were all decided by a touchdown or less. Nevertheless, senior QB Nate Stanley has done well, passing for 2158 yards and driving the offense just enough to capitalize off of their defensive success. The Hawkeye pass defense is going to be the key to Iowa winning this ball game, as the Hawkeye offense doesn’t look to be in a position to suddenly kick-start production.

Expect a low-scoring game on Saturday. Between cold weather and elite defenses, every point will count as these two teams vie for position in the CFP ranking and within the conference. Iowa will host Minnesota at 4 pm on Saturday. The game will be aired on FOX.