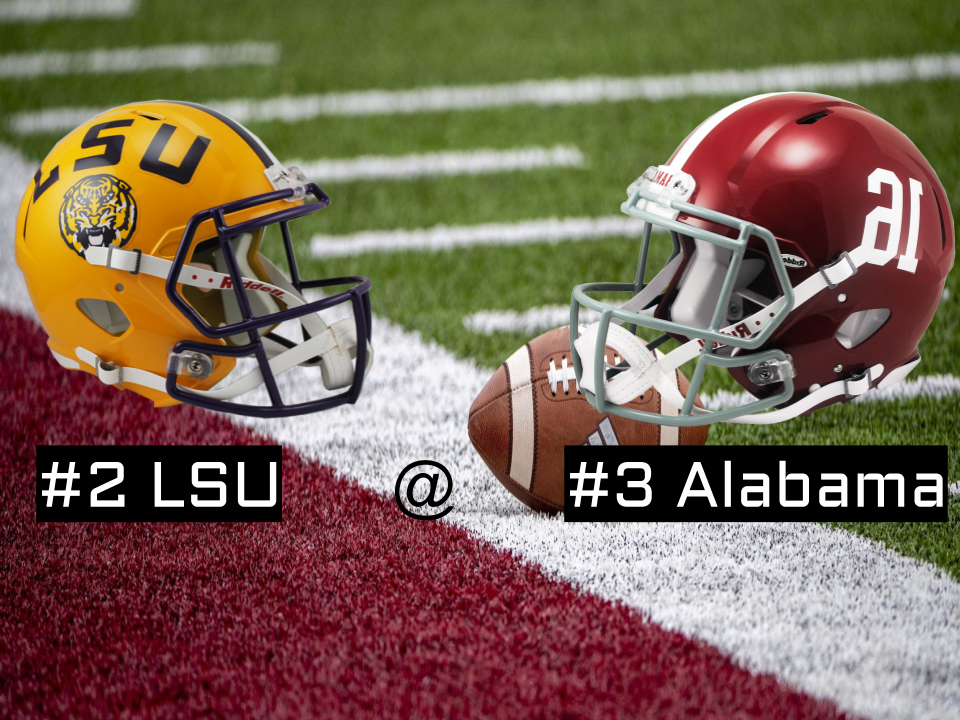 Finally! After weeks of dominating conference play, #2 LSU will face off against #3 Alabama in what could not only decide the SEC West but could also potentially be a preview of the national championship. Both of these teams have taken the highly competitive SEC by storm, building both CFP resumes and Heisman cases for their quarterbacks.

LSU has beat 3 AP Top 10 teams this season and has proved itself worthy among the nation’s elite. QB Joe Burrow has established himself as the frontrunner for the Heisman, as his 2805 passing yards, 30 passing touchdowns, and overall ability to pick apart elite defenses has been a huge part of this team’s success this season. Burrow has led an offense that has had to cover for a rather unextraordinary defense, which allowed 38 points to a 2-6 Vanderbilt team. However, the Tigers’ defense has held up well against the run, limiting teams to an average of 97.9 rushing yards. Nevertheless, Alabama is a pass-heavy offense, so the Tigers’ ability to defend the pass will be a key factor in this game.

Alabama’s defense should provide a great matchup against the Burrow-led Tigers. With the best turnover margin in the nation, paired with the home-field advantage, the Alabama defense will be the toughest squad that the Tigers have had. On the offensive side, Alabama’s offense has gone through QB Tua Tagovailoa over the past two seasons. Last year’s Heisman runner-up has continued his dominance at the helm of this offense, accruing 27 passing touchdowns with only 2 interceptions. One problem: Tagovailoa is hurt. Alabama has a competent backup, as QB Mac Jones put up 235 yards and 3 touchdowns on only 22 passing attempts last week. However, LSU is much better than Arkansas, thus the decision to sit or play Tagovailoa will be the biggest X factor as we near kickoff on Saturday.

Needless to say, this game will have a huge impact on the future of the season, as it will play a pivotal role in both the highly-contested SEC and the CFP. The game will be played at 3:30 on Saturday and will be aired on CBS.