Game of the Week- Sept 7th 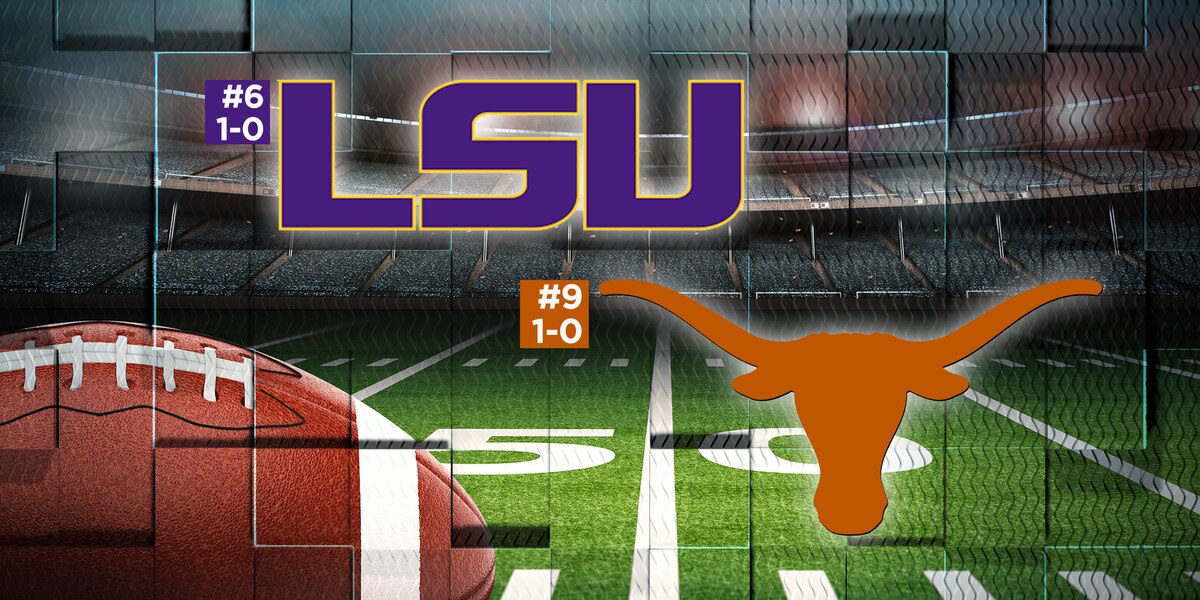 Game of the Week- Sept 7th

This Saturday night, two powerhouses will meet in Austin, TX as #9 Texas hosts #6 LSU. After destroying their low-tier D1 opponents last week, both teams will look to prove themselves against true competition. Both teams feature experienced starting quarterbacks, both of whom led their offenses to over 300 passing yards last week. However, their defensive output is where they differ.

Georgia Southern garnered a measly 98 yards of total offense last week against the Tigers. Of this 98, 74 of it came on the ground. One problem: their 74 yards of rushing came on 39 carries, bringing an average of 1.9 yards per carry. Meanwhile, Texas took on Louisiana Tech last week. Like LSU, Texas limited their foe to 73 yards of rushing. However, unlike LSU, Texas also allowed 340 yards through the air. Though two interceptions and a fumble kept Louisiana Tech from capitalizing on this success, LSU won’t be as wasteful. In short, Texas will need to step up its defense to a level consistent with LSU if they are wanting to have a shot.

While LSU holds the defensive edge, both teams have stellar offenses that are in position to steal the show. Longhorns QB Sam Ehlinger, who is coming off of a 25 touchdown, 3200 yard season, put up 276 yards and 4 touchdowns on 38 pass attempts last week, while Tigers QB Joe Burrow earned the SEC Player of the Week award after putting up 5 touchdowns in the first half of last week’s game. The Tigers, though, have another weapon: junior WR Justin Jefferson. Jefferson led the team in all receiving categories last year and is looking to do more damage this season. While both teams have capable running backs, the juggernauts both rely on their quarterbacks’ cannons to light up the scoreboard.

Despite the obvious performance rift last week between the defenses, both offenses are more than capable of creating and executing big plays, and the winner will be the offense that doesn’t shy away from the opportunity. College Gameday will be in Austin to provide further coverage of the game this Saturday. The game starts at 7:30 and can be watched on ABC.