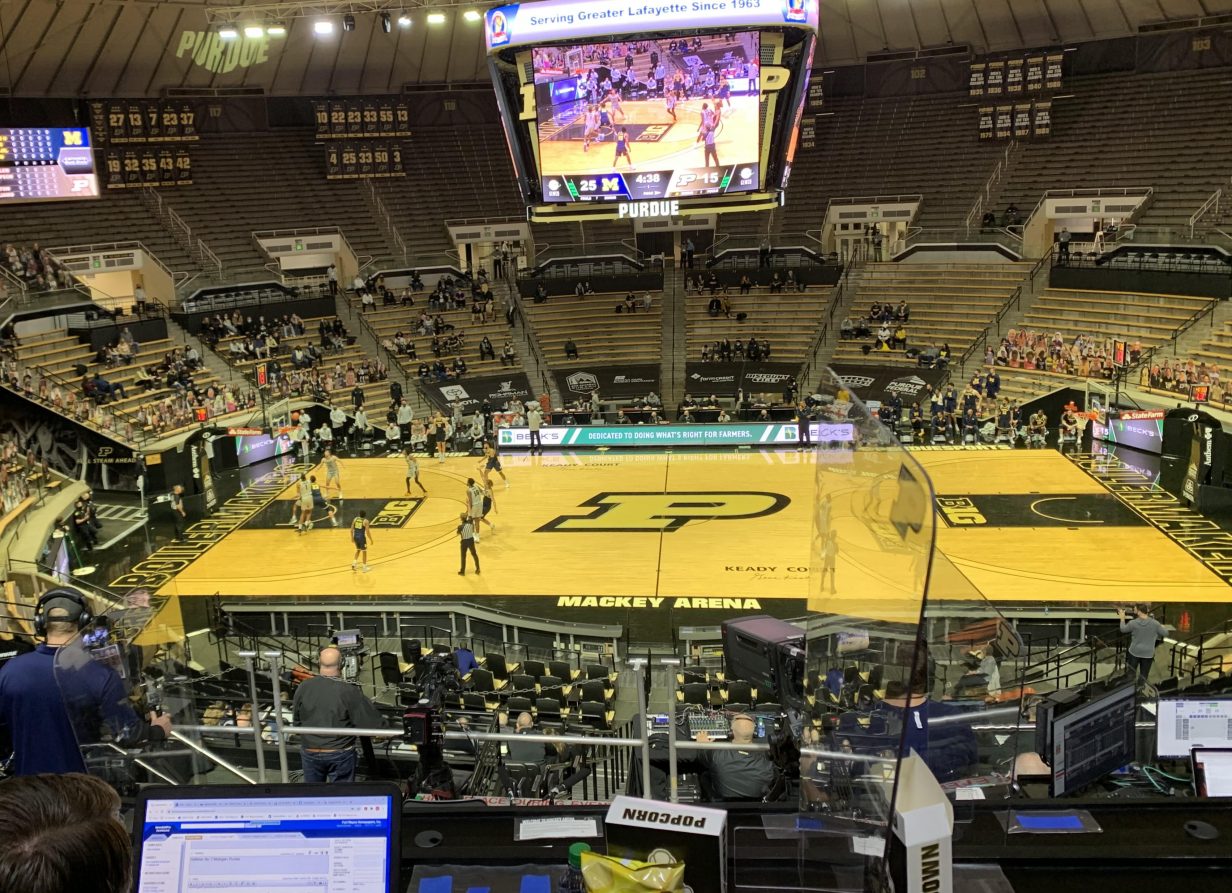 The old saying is “there’s no place like home,” and it had been awhile since Purdue played a home game. The Boilers have been on the road their last four games before returning to Mackey Arena to face Penn St. on Sunday. For Penn St., it was just nice to finally play a game anywhere. The Nittany Lions haven’t played since a loss at Indiana on December 30, due to Covid concerns on the team. Both teams looked rusty as neither team shot the ball well to start the game. Purdue missed its first fourteen three point attempts, and Penn St. only made one of its first eleven attempts. However, the Boilermakers took a 33-32 at halftime on a Mason Gillis three-pointer at the buzzer.  A Gillis three to start the second half sparked a 10-0 run for the Boilermakers and the Boilermaker lead ballooned to seventeen points with a little over nine minutes to play in the game. Penn St. was never able to get closer than four the rest of the game, as the Boilers held off a furious Nittany Lion rally to win 80-72, extending its winning streak to three games.

Three Takeaways from the Game: